Pre-Covid, when we could safely go to the gym, I often remember pulling out my old headphones wondering how they could get so tangled, especially since I know they were definitely not tangled after my last workout. Each time, as I sat in the locker room untangling the cord, I remember being struck how our lives can feel a little like this sometimes.

So I decided to do a little research, and, lo and behold, I discovered that there is, in fact, a scientific reason why your headphones get so tangled in your bag.

And this little bit of data could be a game-changer for you if you apply this new mental approach to your goals.

Research on the Knot

The research shows that your headphones are, indeed, spontaneously knotting themselves in your pocket or bag all the time, even when you don’t touch them.

It’s physics. They tangle based on their length and the amount of friction or “agitation” they are subjected to.

That means under a certain length (less than 46 centimeters) they will never tangle. Above this length there is a 50% probability that they will get tangled.

You can read more about this phenomenon here:

You might think it’s a stretch, but this got me thinking…

What if the physics that tangles a completely straight headphone cord is similar to the psychology that impacts us in much the same way?

Because I know from working with athletes and studying sports psychology, the bigger you show up in your life, go for your goals, and stretch yourself, the more you inevitably face friction, and yes, periodic doses of tangled agitation, too.

When you pursue a dream, start something new, go for your shots, and therefore, go out of your comfort zone, you are bound to encounter some “knots”—challenges that appear as obstacles, anxiety, and confusion.

The more you put yourself out in the world, the greater the friction you’re likely to experience, which can come in the form of:

But at some point there will be a time, just like your headphones, when the probability of getting tangled up like this will simply “plateau.”

What does this potentially mean for you going forward?

Expect and accept that despite your best intentions, you will get knotted sometimes when you push yourself, especially in the beginning. But only to a point; then it will level off. 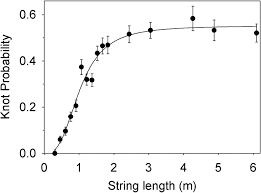 After a certain point of stress and anxiety—and perhaps after you’ve untangled a few things along the way—you may even find comfort in the discomfort, just as the greatest athletes in the world do.

The most mentally tough among us have essentially inoculated themselves from anxiety caused by friction, plateaus, or even the knots themselves, by exposing themselves to stress. They no longer get hijacked and refuse to allow the knots to derail them.

One of my clients, a physician, despite his mastery in the surgery room that has life and death consequences, found himself tight, bordering on panic, when playing a tennis match.

When he called me he was on the verge of quitting tennis.

But, he was committed to try and conquer his fear on the court, play without tension and overcome his genuine fear of losing.

He was sticking his neck out by competing in a sport that had gotten the best of him. And he was experiencing a ton of friction.

When I explained to him that nerves and tension were completely normal, even at the highest level of the game, he seemed relieved.

His knot was based on a belief that nerves and fear were bad–a reflection of how inept he was in the sport.

Even after one session, I could see his knots dissolving. The idea that he could accept the tension and not spend energy trying to make the tension go away, he became hopeful. Clearly, he loved the game and didn’t want to quit.

Borrowing from his success in the surgery room and the self-doubt he overcame to become a world-renowned MD, coupled with awareness and specific focusing tools, his life-long knot of tension and dread has morphed into freedom and a ton of winning.

To be honest, it really was a complete transformation. He experienced friction for a long time on the court and he finally found the right string to pull to untangle himself. 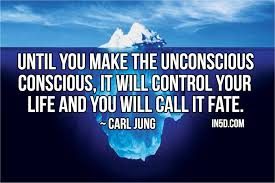 The Application to YOU:

Awareness: Where do you get knotted up?

We tend to view change, action and new pursuits as binary. So, please be careful. It’s rarely all or nothing. Take the next step. Think of it as an experiment to see where you get tangled up, not fearing it.

My client became aware of his knot, was committed to untangle it and developed the focusing skills to conquer his fear.

When you expect that you will inevitably face various challenges along the way, and know that they will, in fact, likely only make you stronger anyway, you will be poised to untangle and move forward.

Eventually, those knots will feel less like knots and they will happen far less often.

Get my Fearless Tennis Course at a 20% discount with the code fearlesstennis by clicking here. 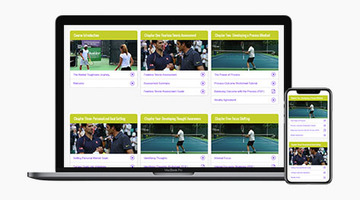 If you’re wanting to learn how to reduce muscle tension in a match situation combined with strategy please click on my course with Craig O’Shannessy, Getting Tight here. 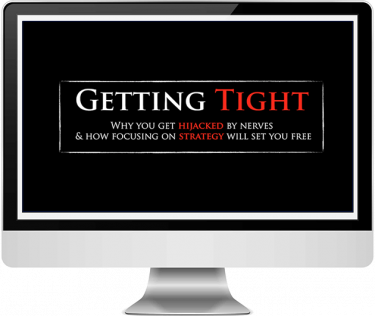 ← The Best Athletes Behave Their Way into the Zone. So Can You.How to Eliminate Choking On and Off The Court →