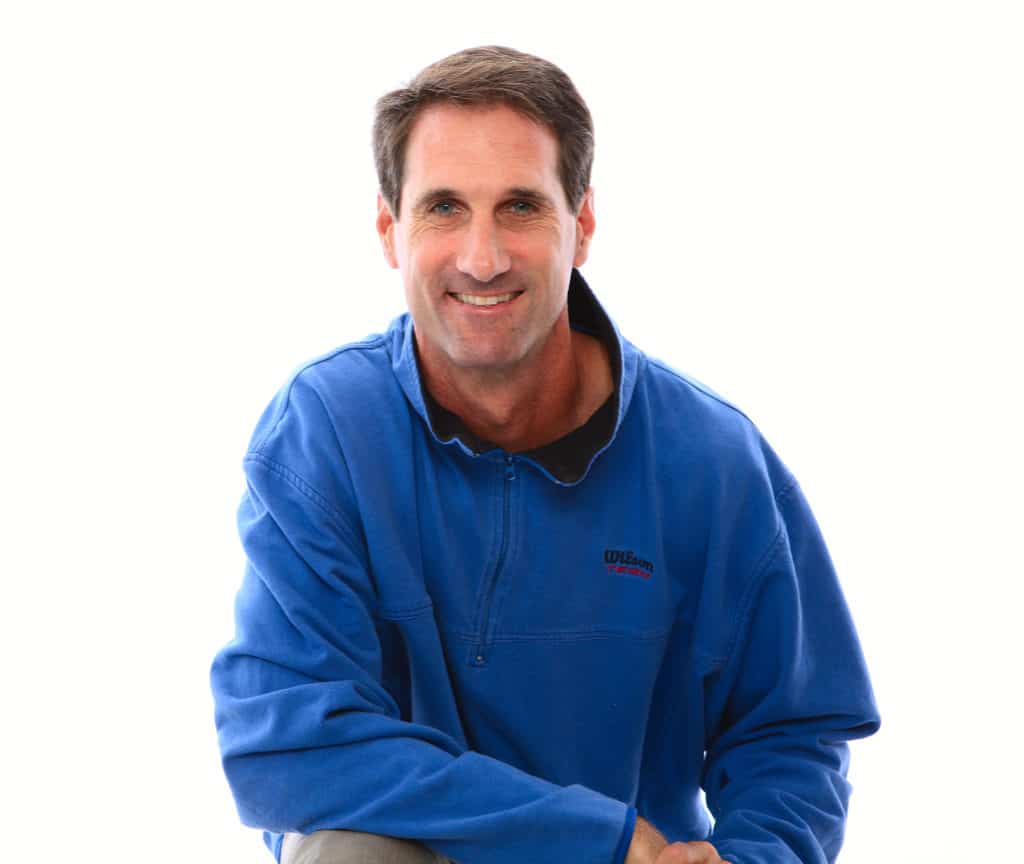 Frustrated with his performance as a modestly ranked professional tennis player in his twenties, Jeff went on to earn Master’s Degrees in clinical and sport psychology. During this process, he discovered the fundamental principles of athletic performance that propelled him from a moderately successful tennis player to No. 1 in the world in his age group with two ITF world titles. In Jeff’s best-selling book, The Best Tennis of Your Life, and through his best-selling audio programs, including Fearless Tennis and Play Out of Your Mind, numerous podcasts appearances, blog articles and through his direct one-on-one and workshops, he has helped thousands of athletes and professionals experience similar breakthroughs.

Jeff has been trained in cognitive behavioral psychology as well as what is now called the “new wave” in psychology--Acceptance Commitment Therapy (ACT). He worked closely with Dr. Jim Loehr, author of the Power of Full Engagement and CEO of the Human Performance Institute. Jeff has been on the speaking bureau for Wilson Sporting Goods and a consultant for the United States Tennis Association over the past fifteen years. He also has consulted with or been engaged as a speaker/Mental Coach at Stanford Men's Tennis, UC Berkeley Men's Tennis, UCSF, Claremont McKenna, College Park, Missouri Athletic Club, Nelson Staffing, UCLA Medical Center, Merrill Lynch, the Young Presidents Organization, the Lawn Tennis Association, and the Czech Federation.

Jeff has appeared in the New York Times, USA Today, Tennis Magazine, and other online publications, including in the U.K and Czech Republic. He lives with his wife and two children in Northern California, both of whom are highly competitive athletes in soccer and tennis. Jeff consults with numerous ranked juniors, pros and college athletes in all sports.

"Jeff has the rare ability to both inspire and teach people how to be their best when it counts. Few in the world of sport psychology have earned and merited such universal respect."

"Yesterday I won the National Men’s 55 and over National Indoor Championships of Great Britain and the reason I won is because I spent 6 weeks working on the mental coaching strategies in Jeff Greenwald’s program."

"Jeff ’s competitive experience and his climb to number one in the world in the 35s brings depth, dimension and authenticity to his voice and to his suggestions. Jeff ’s approach to fearless tennis represents a real contribution to the field of applied sport psychology and is helpful for every serious competitive tennis player."

"This course really helped me stay focused in big matches. I would not have been able to beat two players I had previously lost to without the techniques in this program. I was able to think about playing the ball and not focus on the score, which helped me play loose and play my best when it counted most."

"Jeff’s focus course helped me stay positive and feel more in control. Now when my mind wanders I am able to refocus it on the task at hand quickly. Understanding that our thoughts create our feelings and behavior has helped me focus on what is relevant and I am winning more than ever."